10th February 2014 was a very special day for the pupils and teachers of St. Bernadette Mary School. For the first time the pupils had the opportunity to elect their leaders as a way of exercising democracy in the school. Before the polling day everything was ready including the improvisation of the ballot boxes and ballot papers. 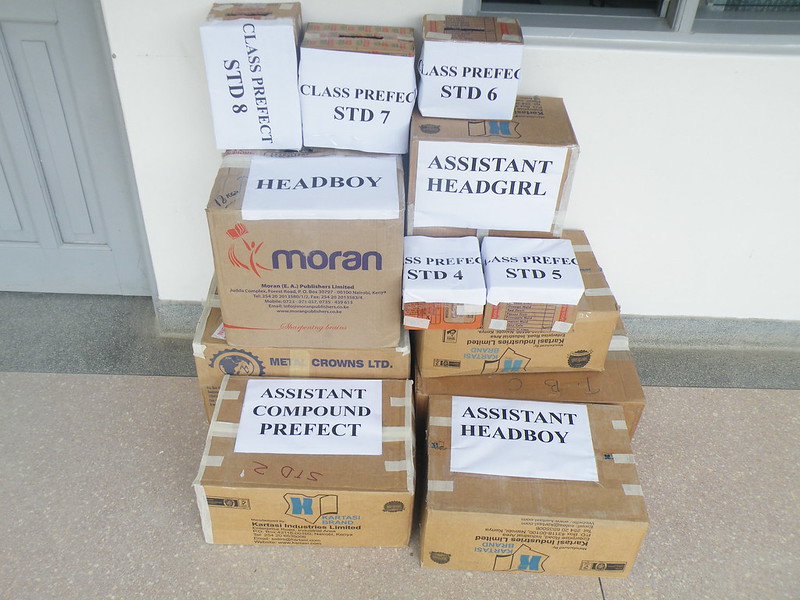 Every contester appointed his or her agents to ensure that the exercise was free, fair and transparent. 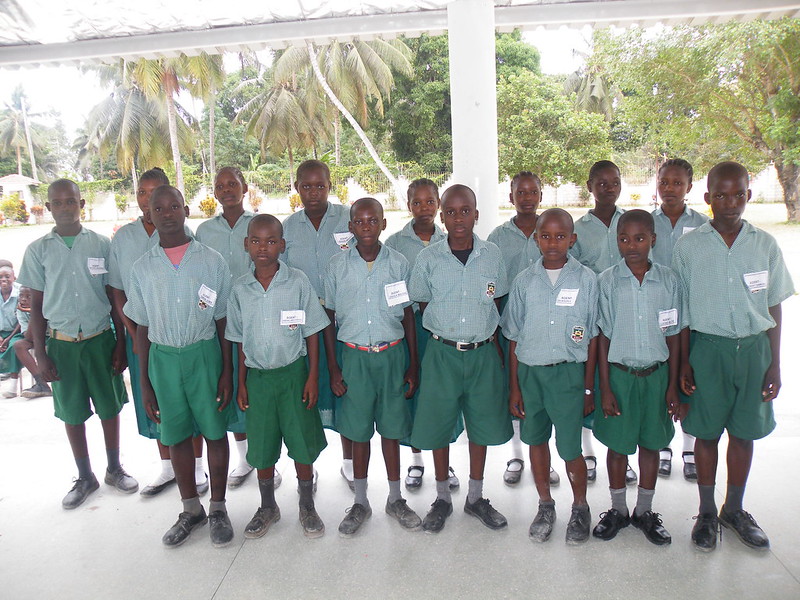 At exactly 2.30pm a long queue was seen heading to the school cafeteria which was converted to a polling station. 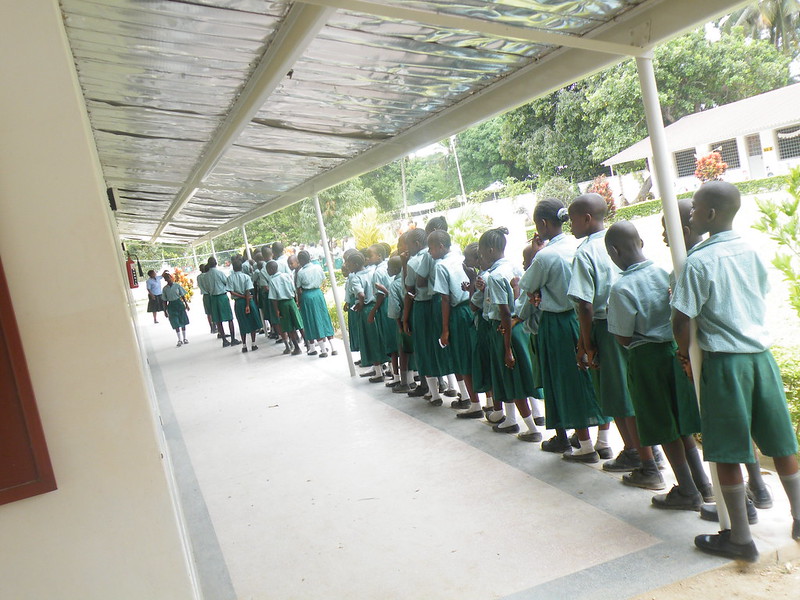 Here Said Karisa, a class four pupil, is being assisted to vote by Teacher Pauline. 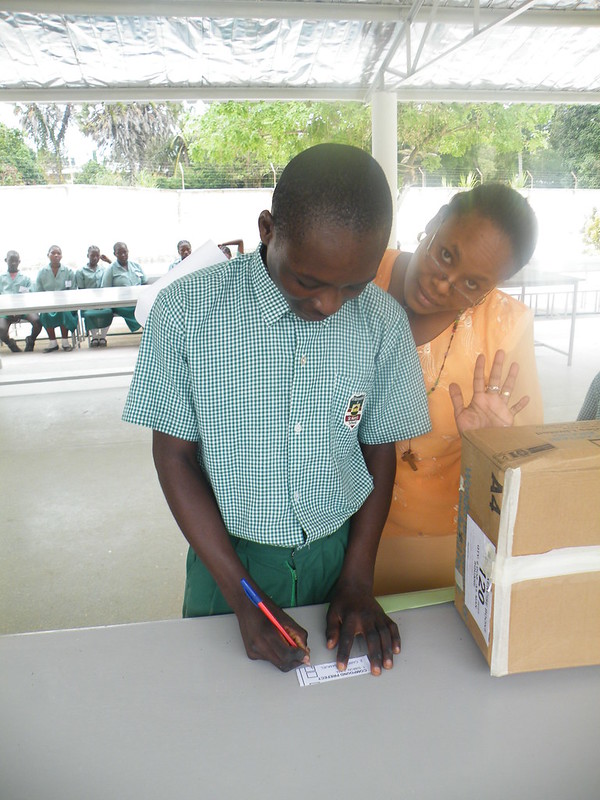 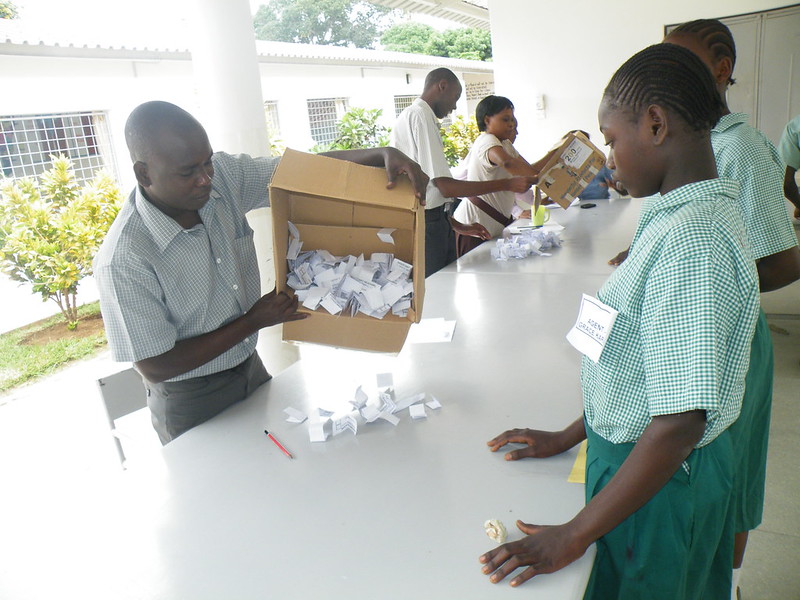 At the end of the election the counting process began. The agents were all eyes ensuring that no rigging took place. 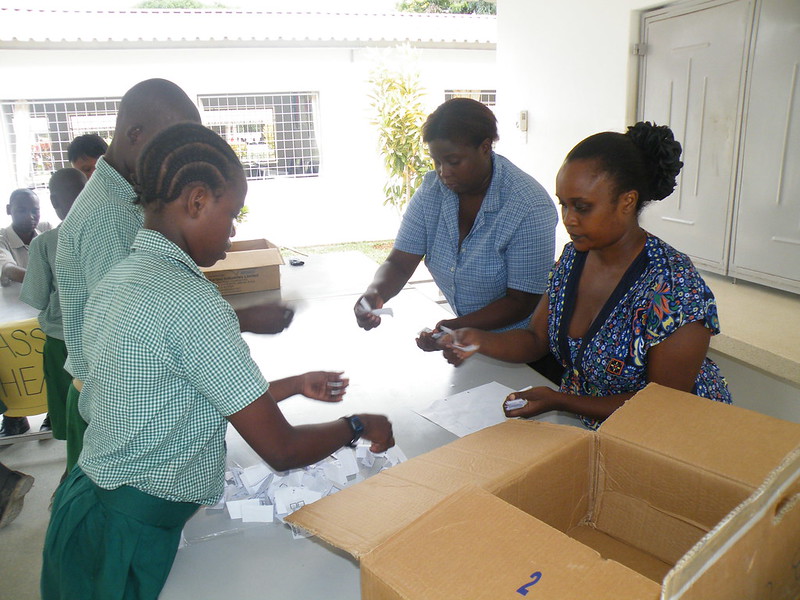 The pupils sat anxiously waiting for the results and more importantly to know their new leaders. 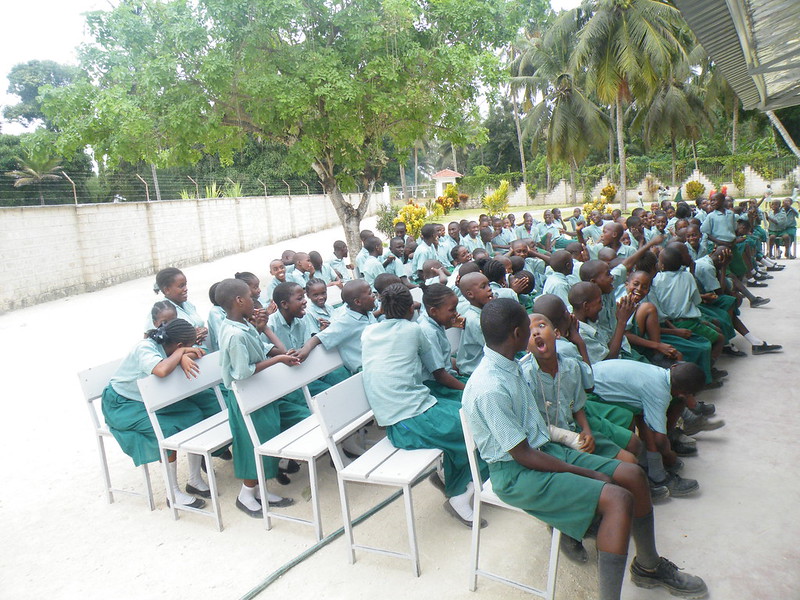 Then the long awaited time arrived. Immediately the results were announced the supporters of the winning contesters started celebrating. 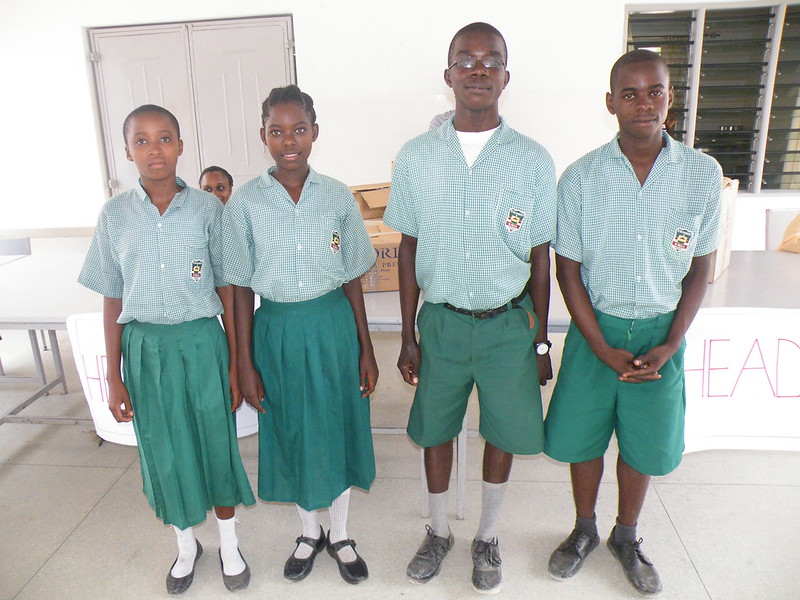 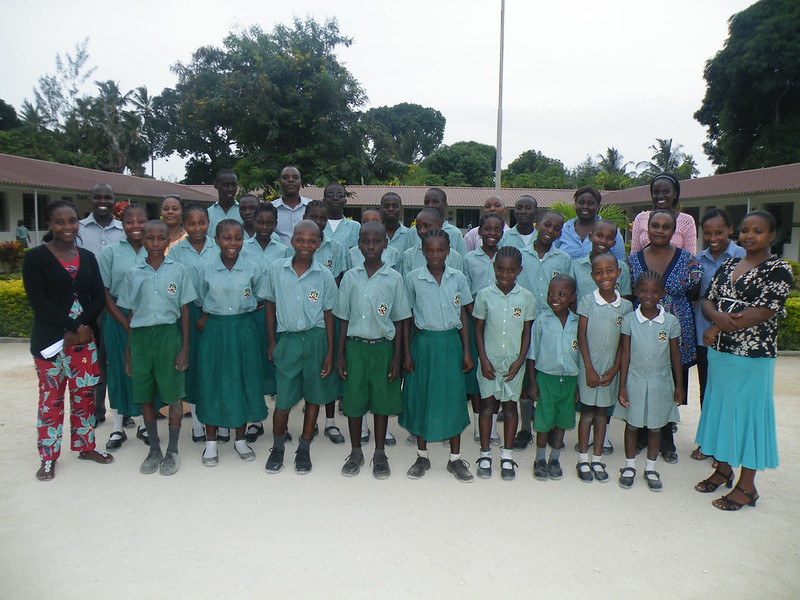 Fabulous way of learning the children to be responsible and have the freedom of choice at an early stage in their lives.
Top marks once again to all the people in the background who make this happen x
Top marks to the children for all their continual hard work x

Excellent job Professional and fair and open if only IEBC could replicate this. Teaching democracy and fairness must start at an early age

Well done to everyone who help introduce this selection process and congratulations to all who were elected.

It’s great to see democracy in action at school. I only wish we had such systems in the workplace….Good luck to the new leaders!

This is such a great idea and is fair in ensuring that the children’s voices are heard in their decision as to who they want to be chosen! Good luck to all elected!

Congratulations to Mr Sylvester and the rest of the School for making this happen. It is so positive to hear that children are really involved in decision-making and making choices about their role models and who they want to represent them, in the School. It took me back and reminded me of the t.v. footage (years ago now) when the folk of South Africa queued patiently for a very long time to exercise their rights to vote – its so heartening to see it happening with children in school, as part of their development, and as part of a fair and proper democratic process.

To Abdallah – a personal Congratulations from me – you have come a long way in your journey at the Orphanage and at the School – well done, I am sure you will do a good job and make everyone proud.

Great news also about the Transition Houses – hope the older children who move there will enjoy this next phase in their lives and on their GLO “journey” – growing towards adulthood and a more inpendendent life. Congratulations to Mary and Kevin for having the vision, energy, and courage to take their plans forward for the older children’s benefit.

These children won’t realize yet, just how much they are learning.
This is yet again a wonderful testament to our amazing school. We’ll done to all involved!

We love your idea.

Well done to the pupils who were chosen.

We have 4 new prefects chosen by the teacher’s every term. They get to wear a different coloured jumper for school. Everyone wants to be a prefect!