Yes it may seem like a very strange title for a blog entry but today 1st April 2014, little Sandra had a procedure that will change her life forever. When Papa Kevin went along with our volutneer Beth & visitors Kim & Paul to do a spot check on a family on the school registration day last November, they saw a very sad looking little girl sitting outside a neighbouring mudhut. This child was Sandra who was cared for by an uncle who was struck down with Polio when he was a child and Sandra was born partially sighted. 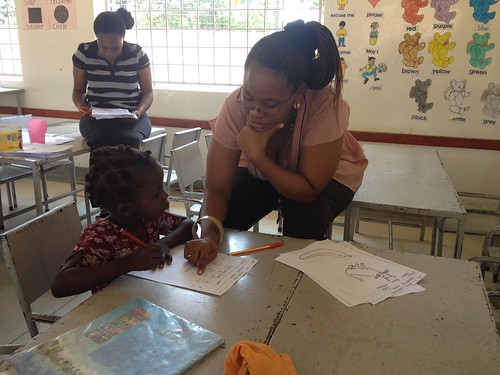 On seeing the child Papa Kevin decided to bring her back to the school as she was struggling to attend school due to the financial situation of her family and her birth defect which was frowned upon resulting in her being excluded from some other local schools. On her arrival at St Bernadette Mary School Madam Pauline & Madam Magdalene were very quick to spot that although she was partially sighted, she was a clever little girl who had been taught at home by her father who was keen on her to get an education. 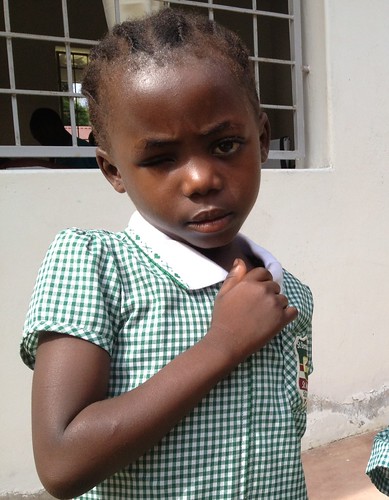 Sandra joined KG1 on the 7th January 2014 but soon became the victim of ridicule at the school because of her unsightly right eye, the teachers all tried to stop this but children are children all over the world and often can be very cruel. Papa Kevin now was on a mission to see what we could do to help this little girl’s plight. 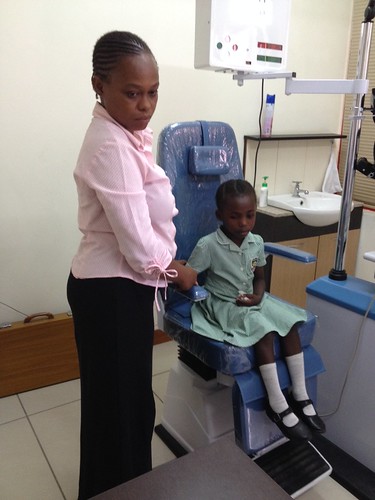 Luckily we have a very caring neighbour, Dr Dhutia who on hearing about Sandra put Papa Kevin in contact with a wonderful doctor at the Lions Eye & Blood Centre in Nyali, Dr Sandhya. An appointment was arranged for Sandra to attend the clinic this morning and although Sandra & her uncle were nervous never having left the village before Madam Magdalene was onhand to make sure she felt safe, Sr Sandhya then choose the best match to her left eye and started to fit her new glass eye. 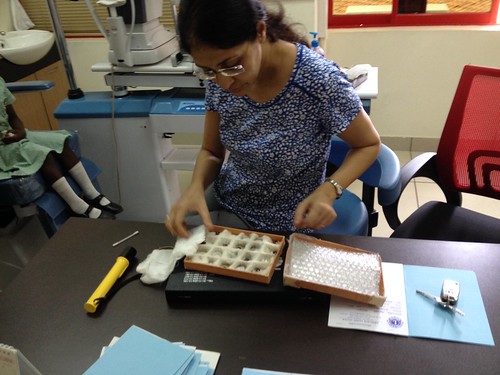 The area around the eye was frozen and the new glass eye was put into the hollow at the back of the eyelid, everyone was just amazed at the transformation. 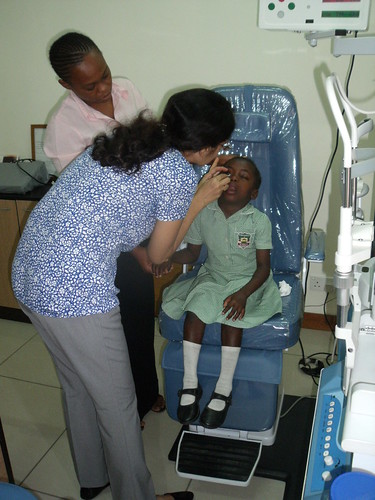 When Papa Kevin held Sandra up to see her new eye in the mirror, she was apprehensive at first but soon her face lit up, now she looks like a normal girl without the large hole that was there before. 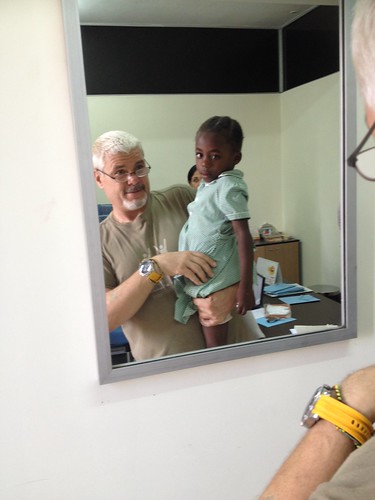 For many charities working in Africa, people sometimes question whether the funds are spent properly on the project, and the benefit it has. Well as a result of people like you believing in The Good Life Orphanage and the work we were doing, a family were so generous that they worked with us to build a school and fund it annually. 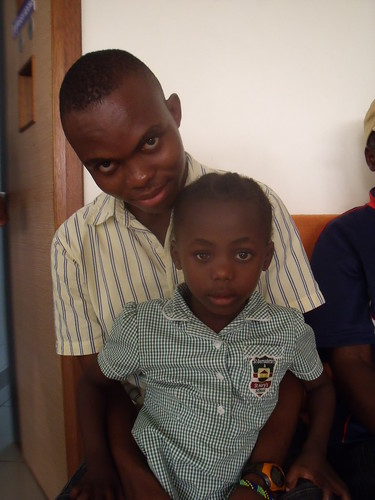 Little Sandra now attends St Bernadette Mary School, and as a result of Papa Kevin’s sheer determination & some very compassionate friends, Lions Eye & Blood Centre (another charity) stepped in and in one act of kindness changed this child’s life. 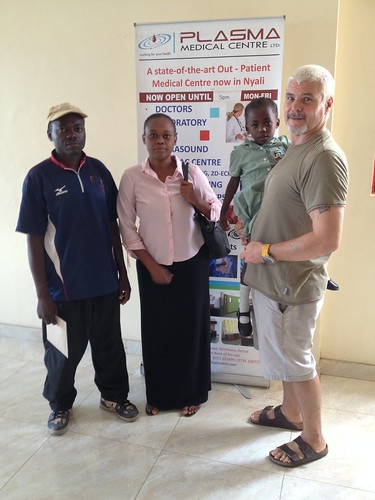 This wouldn’t have been possible without your help, and the belief you put in us has a ripple effect and spreads throughout many other people and charities that we work with. 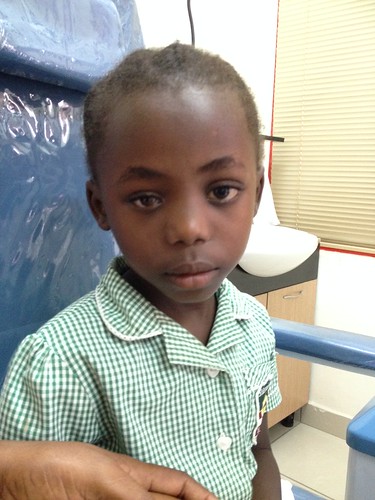 That is the most inspirational story – you are doing the most incredible things and working so hard to change the lives of your children. Fantastic!

What a wonderful story and doesn’t she look beautiful.

What fantastic work you are all doing! Thank you for sharing your story with us! Very inspirational.

Thank you Kevin for your perseverance, a most moving story with the happiest of endings.

Just told Niamh all about Sandra
“my dandad”
“Yes Niamh, your granddad”

Couldn’t of said it better myself.

Well done, another life changed by the generosity and willingness of all involved.

What a wonderful transformation through generosity of donors and determination of papa Kevin. All of your work continues to amaze. God bless all

Well done Kevin and all concerened Sandara looks super happy and it will make a huge
difference to her life.A job well done again

Mary thanks for sharing this .Sandara now will no doubt have a very different life because of all your kindness. God Bless everyone.